The Austrian company SIGNA, founded by René Benko in 1999, is a privately held European investment and industrial holding company that is active in the retail and real estate sectors, among others.

SIGNA Real Estate develops and manages an extensive portfolio of exceptional real estate projects in the DACH region (Germany, Austria and Switzerland) and in Italy. With a gross asset value of around 21 billion euros and an additional development volume of over 12 billion euros, the company is one of Europe’s leading property investors.

300 stores in prime inner-city locations and about 100 web shops in 20 countries contribute to the SIGNA Retail Group’s strong growth in Europe. The focus is on the consistent further development of omni-channel strategies of the individual retail platforms. The SIGNA Retail Group presently employs some 35,000 people and generates a total annual group turnover of around 7 billion euros.

What does SIGNA stand for

Many years of experience, professional management, a solid capital structure, an extensive network, motivated employees, and the search for visionary concepts are at the heart of SIGNA.

“I try to achieve success with a
great deal of commitment and with a  motivated team
and reliable partners. And it seems I have a
knack for spotting trends  and
getting the timing right."

Another characteristic of the company is the establishment of partnerships with long-term, sustainability-focused people who, in addition to having remarkable biographies, are also endowed with a dynamic entrepreneurial spirit. Prominent supporters include Alfred Gusenbauer, Roland Berger, Susanne Riess, Ernst Tanner, Karl Samstag and Karl Stoss.

Since 1999, René Benko has built up one of the largest real estate companies and one of the largest retail companies in Europe and has shaped it in a sustainable way. SIGNA started as a small real estate development company in Innsbruck. In the beginning, the company’s focus was on building lofts. René Benko already recognised the potential of these unused and undervalued properties back then.

“We created high-quality residential spaces from unused loft areas. That was how I developed my passion for entrepreneurship.”

After the loft expansions, he quickly developed the idea of constructing medical centres in Austria’s regional capitals. SIGNA quickly became the largest operator of medical centres in Austria. During that time, a Company Advisory Board was created whose task it is to promote the company’s strategy, development and new business. This Board now includes 13 people and is managed by René Benko.

The development of the architectural wonder, the Kaufhaus Tyrol, into one of Austria’s most popular shopping centres is regarded as the company’s “journeyman’s piece". One of the company’s masterpieces is found in a new inner-city district in Vienna – the Goldenes Quartier – with the establishment of flagship stores by the most important international luxury brands, as well as the Park Hyatt Vienna luxury hotel in the middle of a new pedestrian zone. At the same time, additional locations were opened in Munich, Zurich, Luxembourg and Düsseldorf. Further milestones included the acquisition of the three KaDeWe stores – the KaDeWe in Berlin, the Alsterhaus in Hamburg and the Oberpollinger in Munich. At the beginning of 2019, the acquisition of the Chrysler Building in New York City marked a first, strategically important step into the US real estate market.

In addition to its real estate activities, SIGNA has successfully completed exciting acquisitions in the retail sector, from Galeria Karstadt Kaufhof to the KaDeWe Group. At the end of 2018, the joint venture of the retail operations of HBC Europe and Karstadt Warenhaus GmbH was completed successfully. Almost seven months after this, SIGNA acquired all shares of the GALERIA Karstadt Kaufhof department store group in June 2019. This resulted in Germany’s number one department store chain (number two in Europe).

The SIGNA Retail Group now combines five independent retail platforms under one roof: SIGNA Premium, SIGNA Department Store, SIGNA Sports United, SIGNA Home & Lifestyle, and SIGNA Food & Restaurants. Each of these platforms has a leading market position in its sector in the German and European retail market. In the German sports and luxury goods sector as well as in the department store sector, SIGNA Retail is already seen as one of the largest retail companies in Germany by far, as well as one of the “Top Five" in Europe.

300 stores in prime inner-city locations and over 100 web shops in 20 countries contribute to SIGNA Retail Group’s strong growth in Europe. The focus is on the consistent forward development of omni-channel strategies of the individual retail platforms. The SIGNA Retail Group currently employs approx. 35,000 people and generates a total annual group turnover of 7 billion euros.

For print-ready images, please contact our Press Department at presse@signa.at 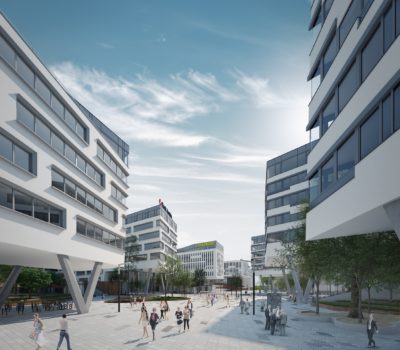 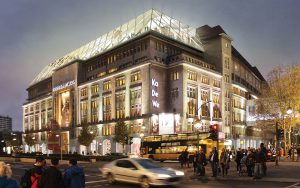