First planning permission issued for conversion of this prominent architectural monu-ment +++ A mix of modern offices, restaurants, retail spaces and attractive apartments +++ The Schmuckhof will be made accessible to the public +++ Completion with an investment volume of over 400 million euros planned by 2023 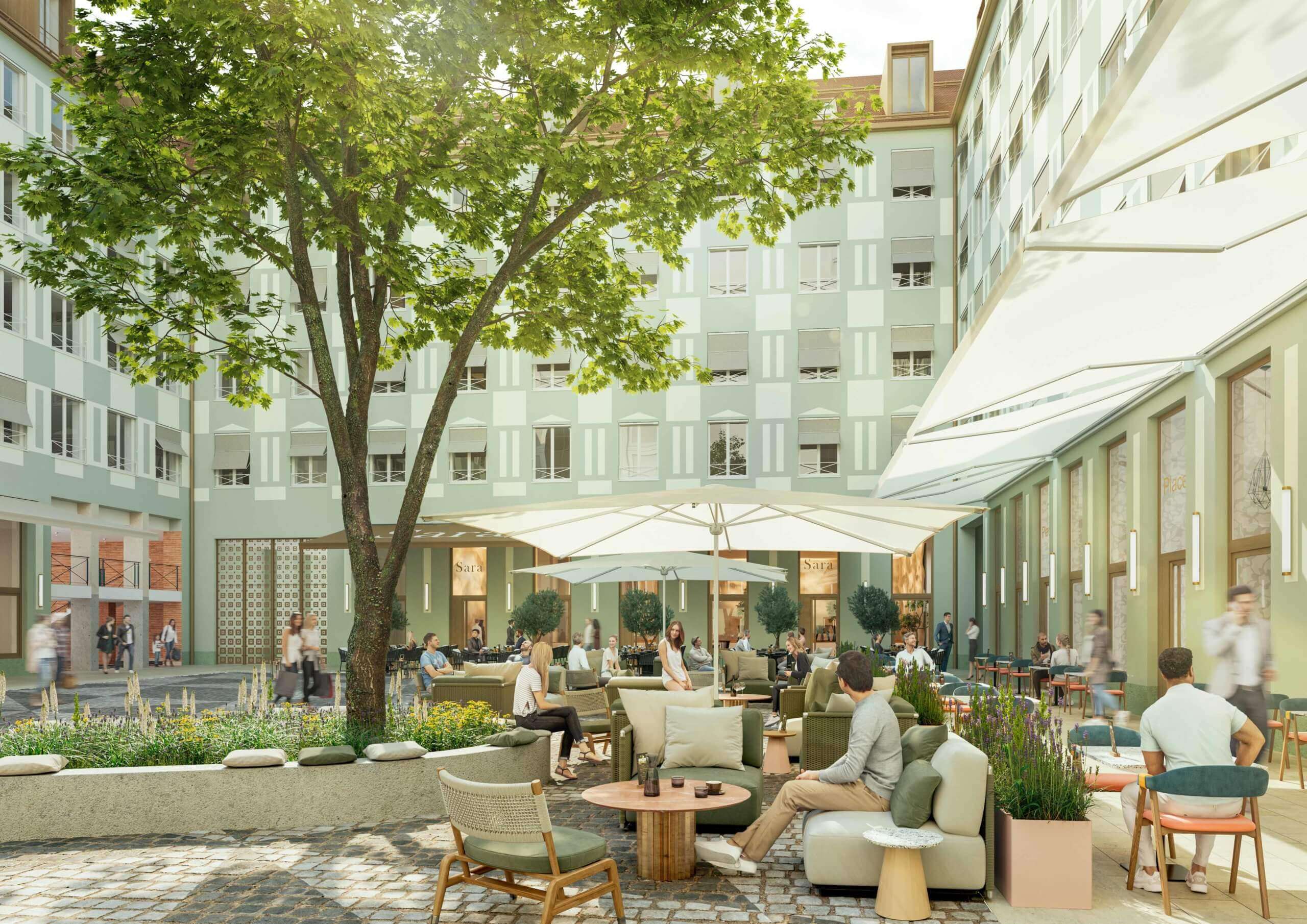 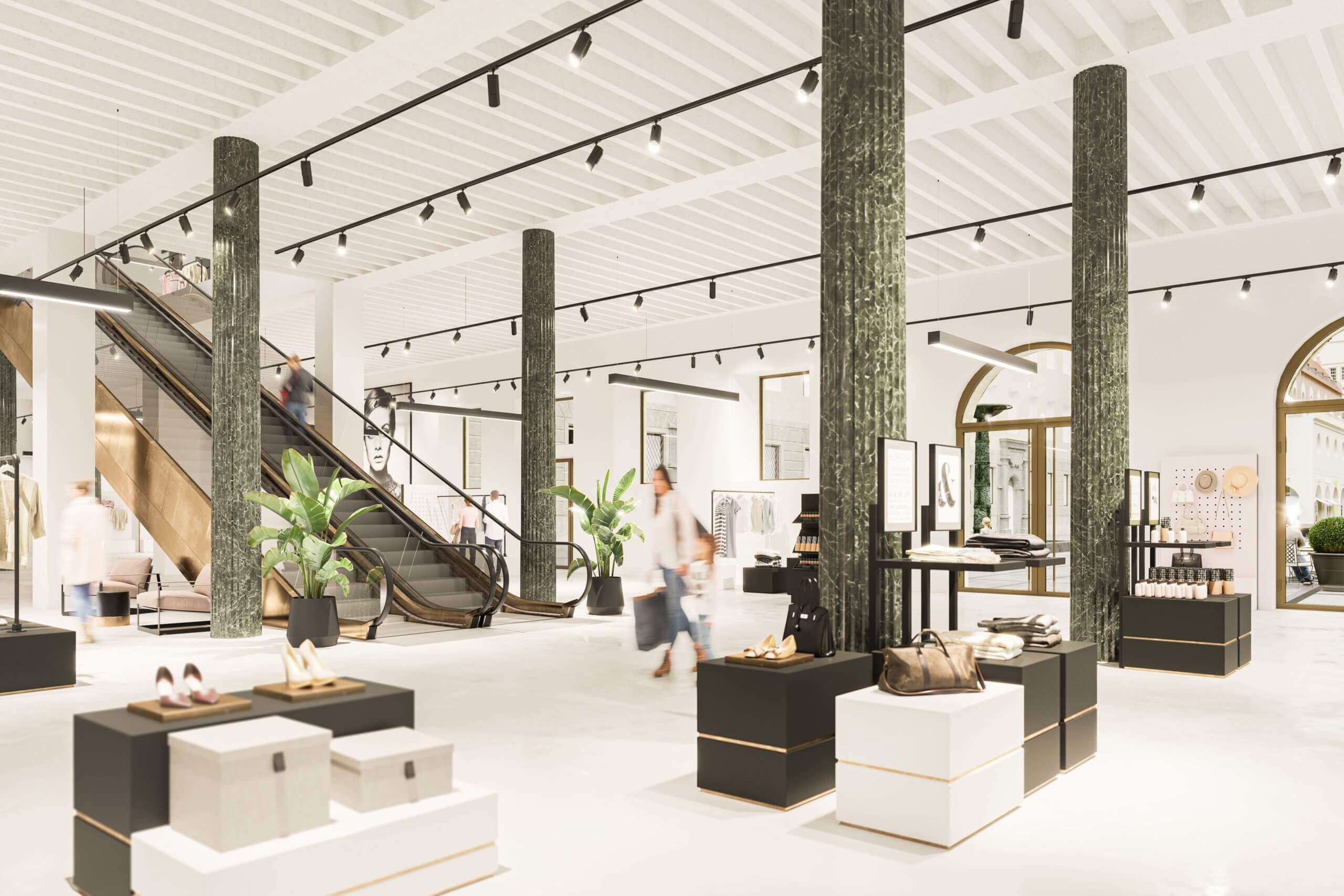 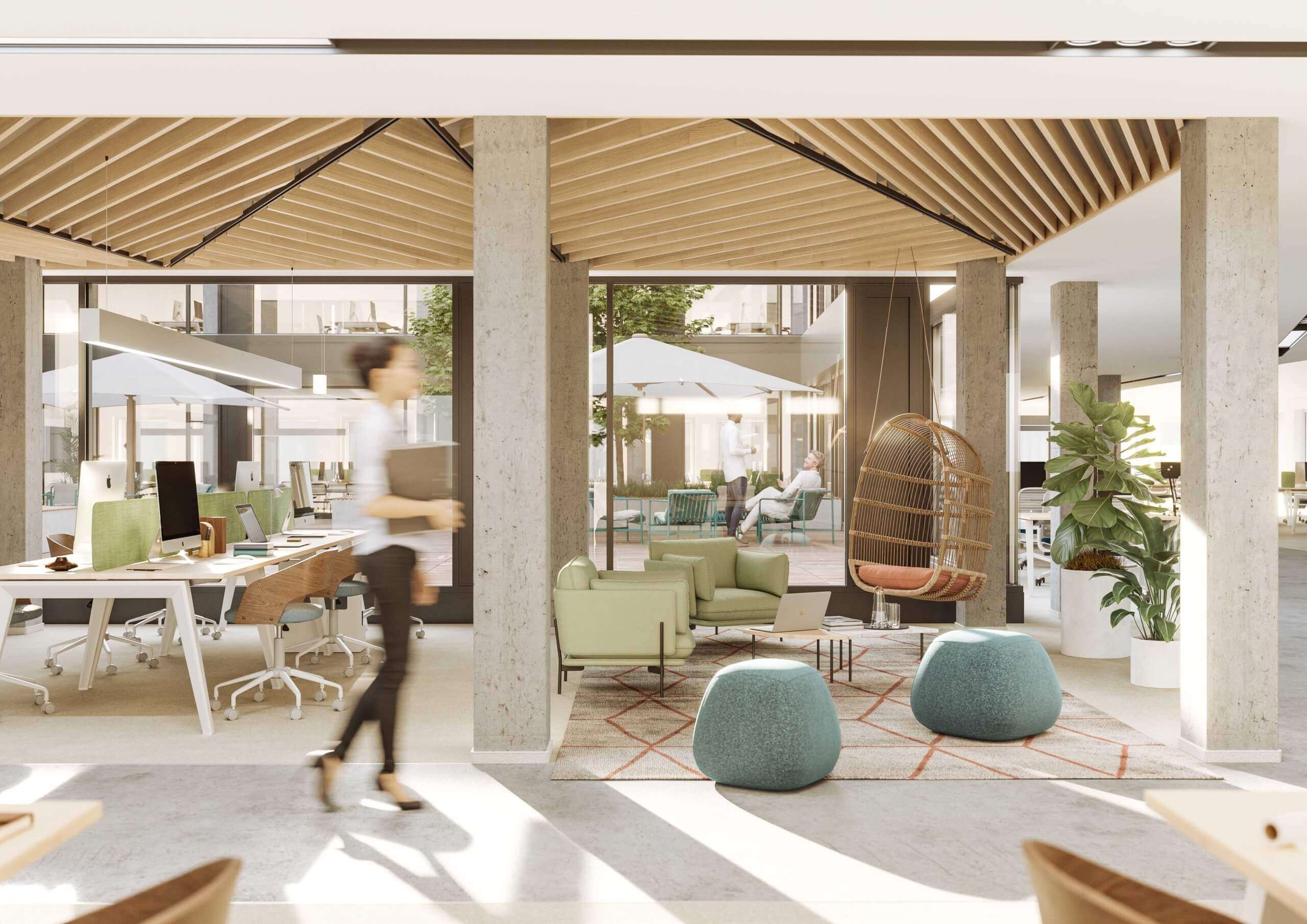 Munich, May 11, 2020 – Construction has commenced on the revitalisation of the Alte Akademie in Munich’s city centre. After several years of technical discussions and an agreement on a forward-looking, careful renovation of this traditional property, work on the ensemble’s interior has begun. “With this architectural monument, Munich can look forward to a lively mix of utilisations,” said Tobias Sauerbier, CEO of SIGNA Real Estate Germany. “One of Munich’s beloved centrepieces can shine in splendour once again.”

Spanning an area of over 21,000 square metres, the historic building complex will offer a mixture of retail space, restaurants, modern offices and attractive apartments. The office space, covering approximately 9,000 square metres, offers flexible options for innovative spatial solutions. Modern retail concepts will be arranged effectively on around 8,000 square metres.  Here, the mix of tradition and innovation that is characteristic of Munich is developed anew.

A true highlight awaits with the Schmuckhof courtyard behind the Renaissance façade of the Alte Akademie. The access to the public through the historic entrance hall gives the Schmuckhof a new significance within the city. The spacious inner courtyard will become a piazza. Bars and restaurants with attractive open spaces for outdoor enjoyment create an inviting atmosphere.

“This will contribute to making the Alte Akademie a lively area and an appealing meeting place, providing the urban community significant added value. Everyone can experience the unique history of the ensemble,” Sauerbier explained.

Construction time is projected to take about three years

Completion of the project is scheduled for 2023. “The duration of the construction phase is determined by the complexity of the process, due to the need to protect historical monuments. The work has to be carried out in individual steps,” Alexander Cronauer, who is responsible for the SIGNA project development division in Munich, explained. “Close cooperation between authorities, planners and contractors in the planning and construction phase is a key factor for the smooth handling of the work.”

In an initial phase, which will conclude by the end of 2020, parts inside the building that have been agreed with the preservation authorities will be dismantled, the complex construction logistics will be successively set up and the foundation will be upgraded under archaeological supervision, among other things with the aim of protecting a 15th-century ground monument. The shell structure will be dismantled next. At the same time, individual ceiling sections in the historical part of the Alte Akademie will also be dismantled and the roof truss and the existing windows renovated. With the completion of the shell work from the middle of 2022, the finishing work will begin until the handover to tenants in 2023.

The Alte Akademie is located in one of the most attractive areas in the heart of Munich and has a 130-metre-long front in the pedestrian zone. This former Jesuit College was originally built in the 16th century. It was acquired by SIGNA in the form of a 65-year leasehold in 2013. In coordination with the regional capital Munich, an international single-stage realisation competition was held, and the results were presented to the public in April of 2016.

The contract for the conversion was awarded to Basel-based architectural firm Morger Partner Architekten. The historical ensemble will be developed further in a harmonious and sensitive way. All façades will be renovated in accordance with preservation orders. Any interventions that may be necessary are based on the character of the existing architecture, which is over 400 years old.

The SIGNA Group, founded by Austrian entrepreneur René Benko in 1999, is a privately owned investment company with a focus on the real estate, retail and media sectors. The Group is one of Europe’s leading real estate investors with a portfolio of unique assets in prime locations.

With a current project volume of 12 billion euros spanning ten locations in Austria, Germany, Italy, Switzerland and Luxembourg, the SIGNA Group is one of the most significant real estate developers. The company is one of the dominant investors in the attractive real estate property markets in German-speaking cities. In close cooperation with local authorities, SIGNA Real Estate focuses on sustainable urban development, future-oriented utilisation concepts and unique architecture. At the beginning of 2019, the SIGNA Group decided to expand its real estate activities to the US market, and it acquired the legendary Chrysler Building in New York.