SIGNA lays cornerstone for the STREAM office tower in Berlin

Director of the Senate Department of Urban Development Regula Lüscher and State Secretary Barbro Dreher among the guests +++ Online retailer Zalando with roughly 2,500 staff signed as main long-term tenant +++ Construction expected to be completed by the end of 2021 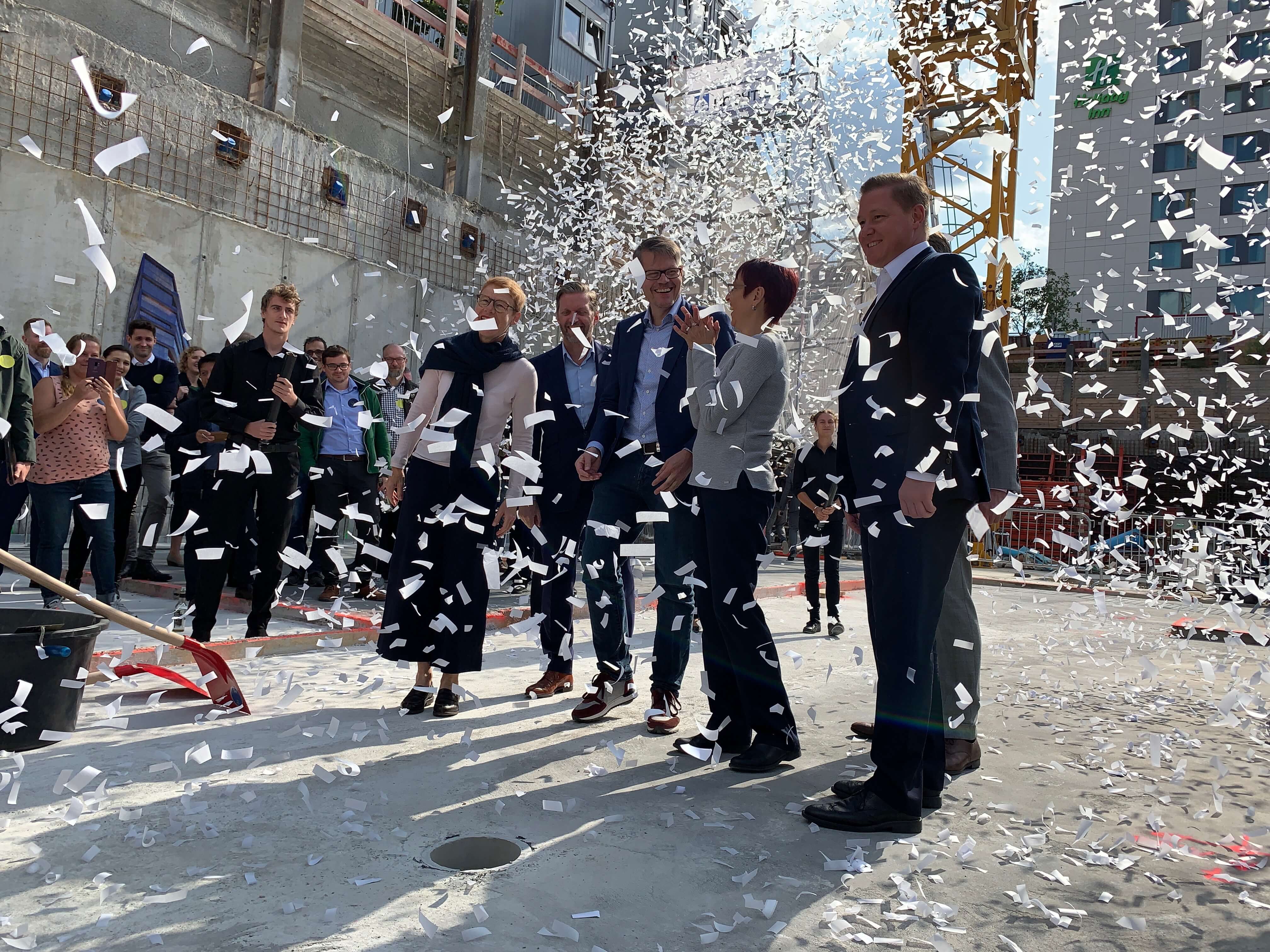 Berlin, 10 September 2019 – With Berlin Director of the Senate Department of Urban Development Regula Lüscher and State Secretary Barbro Dreher in attendance, SIGNA laid the cornerstone for the STREAM office tower near the Mercedes-Benz Arena in Berlin. “STREAM promises to be one of the architectural highlights of the Mediaspree quarter with its striking modern design,” said Timo Herzberg, CEO SIGNA Germany. “Signing with Zalando at such an early stage not only gave us an extremely attractive tenant, but also a company committed to a long-term presence in the tower and in the Mediaspree quarter in Berlin-Friedrichshain.”

Mediaspree is one of the most sought-after commercial locations in Berlin for companies in the technology, media and telecommunications sectors, boasting such prominent tenants as Mercedes Benz, Coca-Cola, Universal Music and Zalando. “The Mediaspree quarter is a prime reflection of the tremendous economic growth Berlin has experienced in recent years,” explained Ramona Pop, Economics Senator. “Zalando’s success story embodies Berlin’s key strengths in innovation, creativity and open-mindedness, while at the same time acting as a real growth driver for our city. The additional office space in the STREAM tower offers optimum conditions for continued business expansion.”

As one of the last undeveloped plots remaining in the Mediaspree quarter of Berlin-Friedrichshain, SIGNA acquired the site in 2017 to develop a modern 90-metre office tower with roughly 50,000 m2 in total floor space. The architects at GEWERS PUDEWILL created the design for the office building at the corner of Tamara Danz Street and Wanda Kallenbach Street, which will accommodate a workforce of roughly 2,500 upon completion.

“Stream will be a high-rise building of exceptional architectural quality. One key challenge of the site will be to appeal to the nearby districts of Friedrichshain and Kreuzberg in equal measure, e.g. through the restaurants and bars offered in the ground-floor units. I am pleased that the investors are open to integrating other public services into the complex,” said Regula Lüscher.

As a work of urban sculpture, the STREAM office tower is aligned at its edges with the adjacent buildings and thus seamlessly integrated into the surrounding cityscape. Starting at the pedestal, the structure folds in on itself over 24 floors as it moves from the horizontal to the vertical with varying heights as well as projections and recesses to convey a certain dynamism. Large glazed areas on the north and south façades offer spectacular panoramic views of the capital city.

The large foyer on the ground floor houses a spacious reception area as well as restaurants and cafés open to the general public. The available office space accommodates flexible floorplans from generous open-plan layouts to a strict geometry of cell offices. Open internal staircases connect two storeys at a time and provide a sense of continuous flow through the space. There are west-facing and southwest-facing terraces on each office floor. 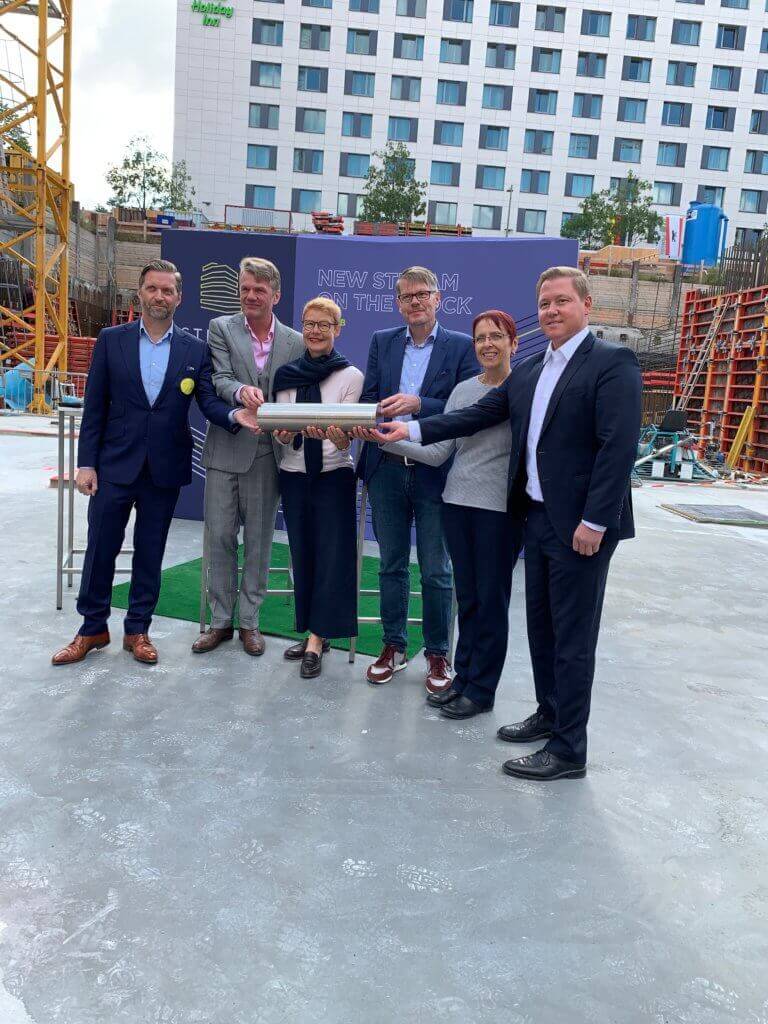 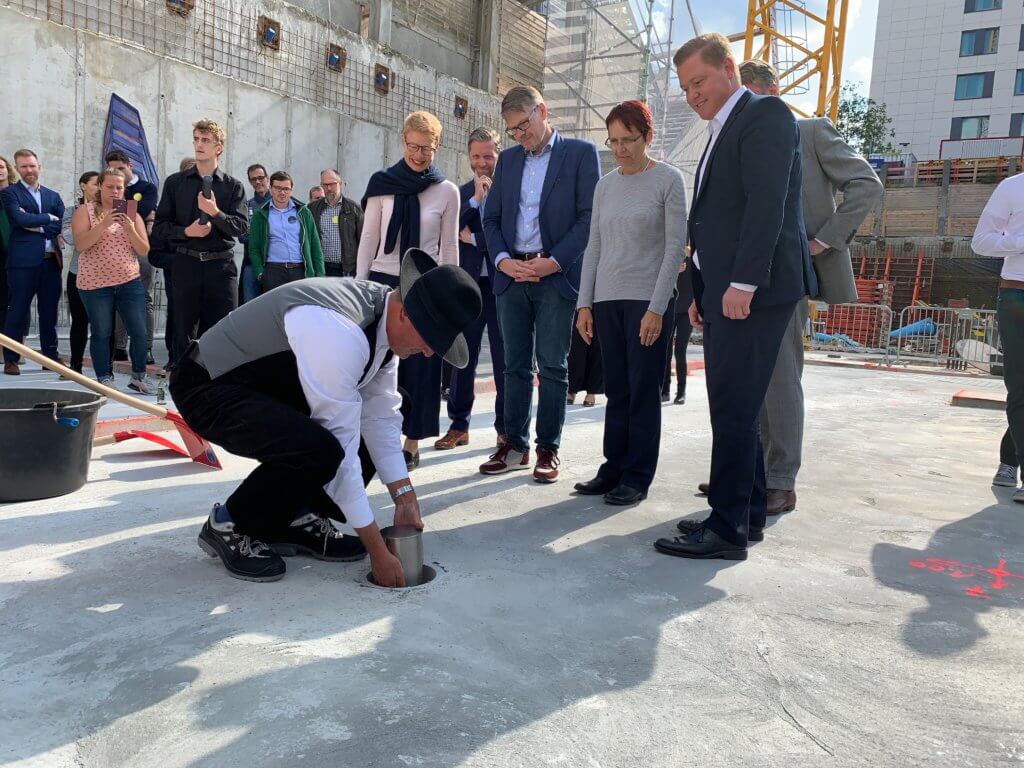 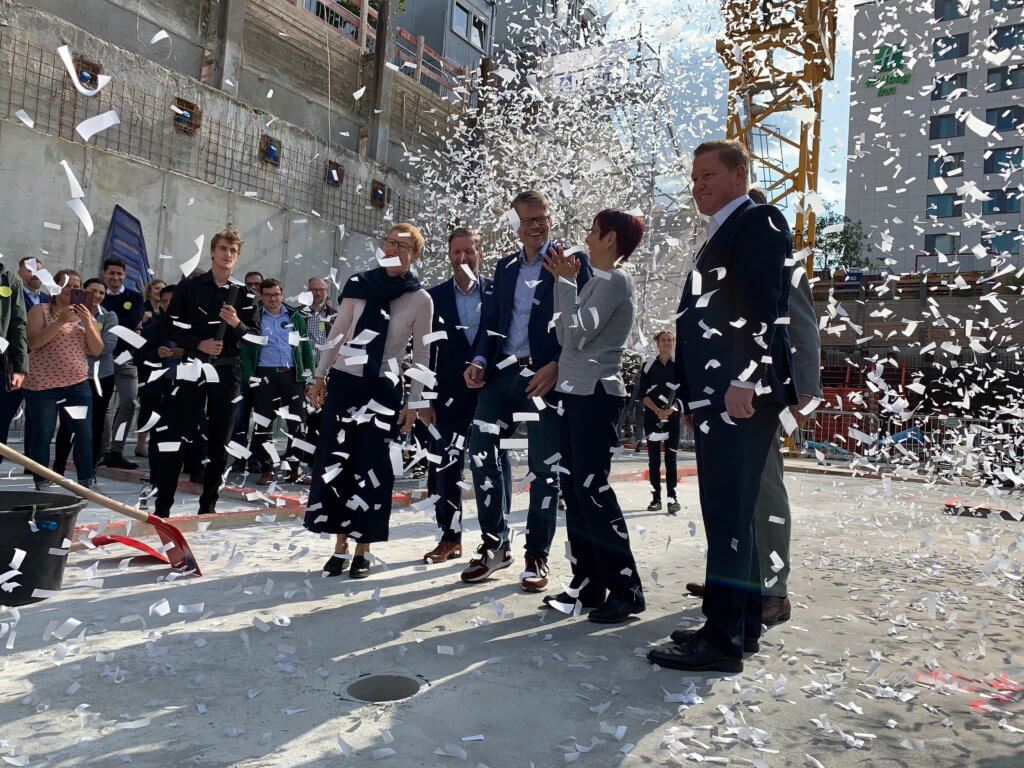 The SIGNA Group, founded by entrepreneur René Benko in 1999, is a privately owned industrial holding company active in the real estate, retail and media sectors. With property assets in excess of 13.2 billion Euro and an additional development volume of around 8.5 billion Euro, the company is one of the most significant real estate investors in Europe. With approx. 45,000 employees and a turnover of over 7.5 billion Euro – approx. 750 million Euro in the online sector alone – the company operates reputable commercial enterprises.

The SIGNA Real Estate Group is seen as one of the largest real estate investors in major European cities such as Berlin, Hamburg, Munich and Vienna. It owns numerous landmark buildings in top locations, including the KaDeWe and the UPPER WEST Tower in Berlin, the Golden Quarter with the Park Hyatt Hotel in Vienna, the Old Academy in Munich, the Alsterhaus in Hamburg and the Chrysler Building in New York.