New urban district planned with original Leiner store, with 150 attractive condominiums, a hotel, a conference centre and underground parking +++ The development comprises several thousand square metres of land area between the Rathausplatz, the Rossmarkt and the Julius-Raab-Promenade +++ SIGNA believes in the future of city centres and brick-and-mortar retail 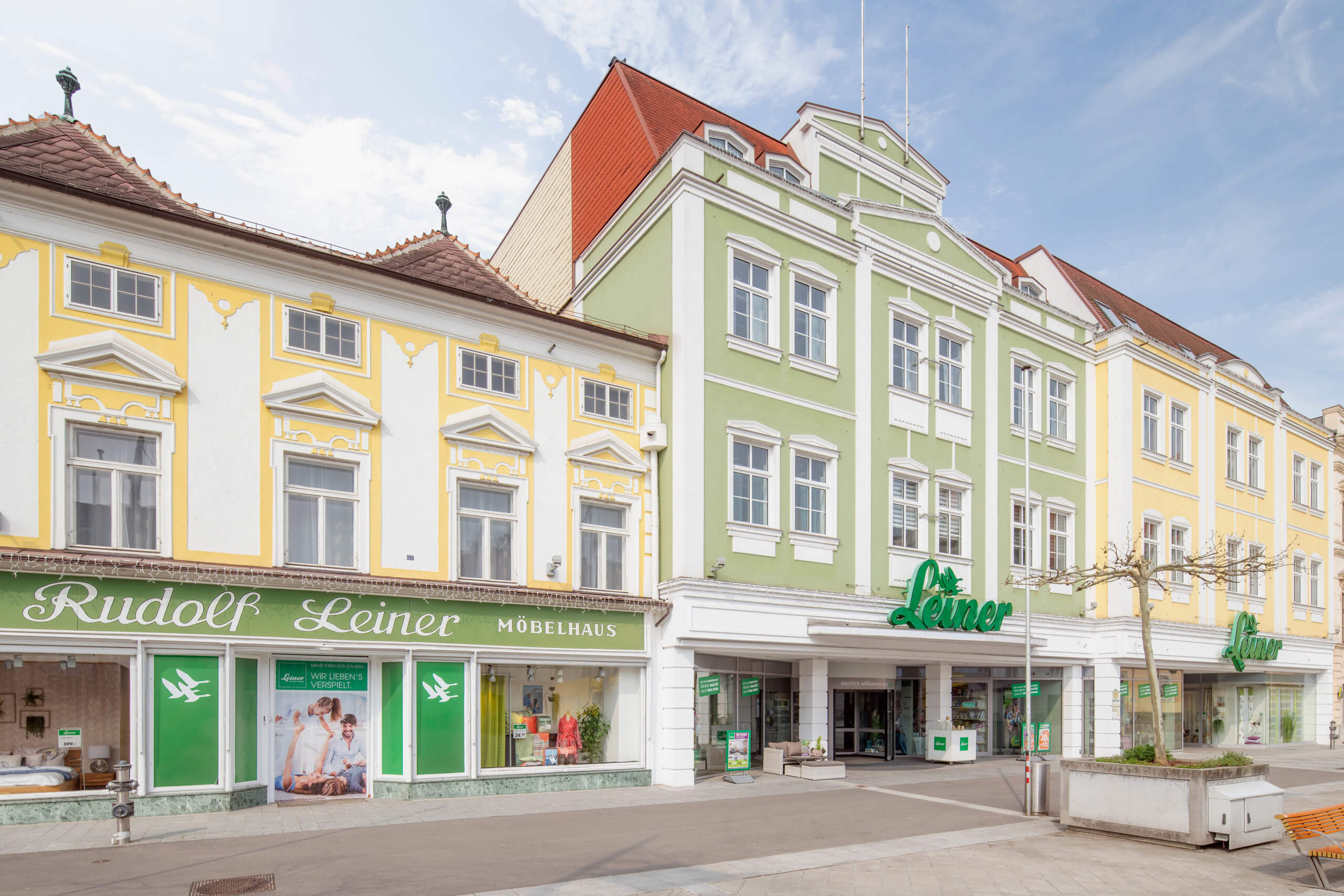 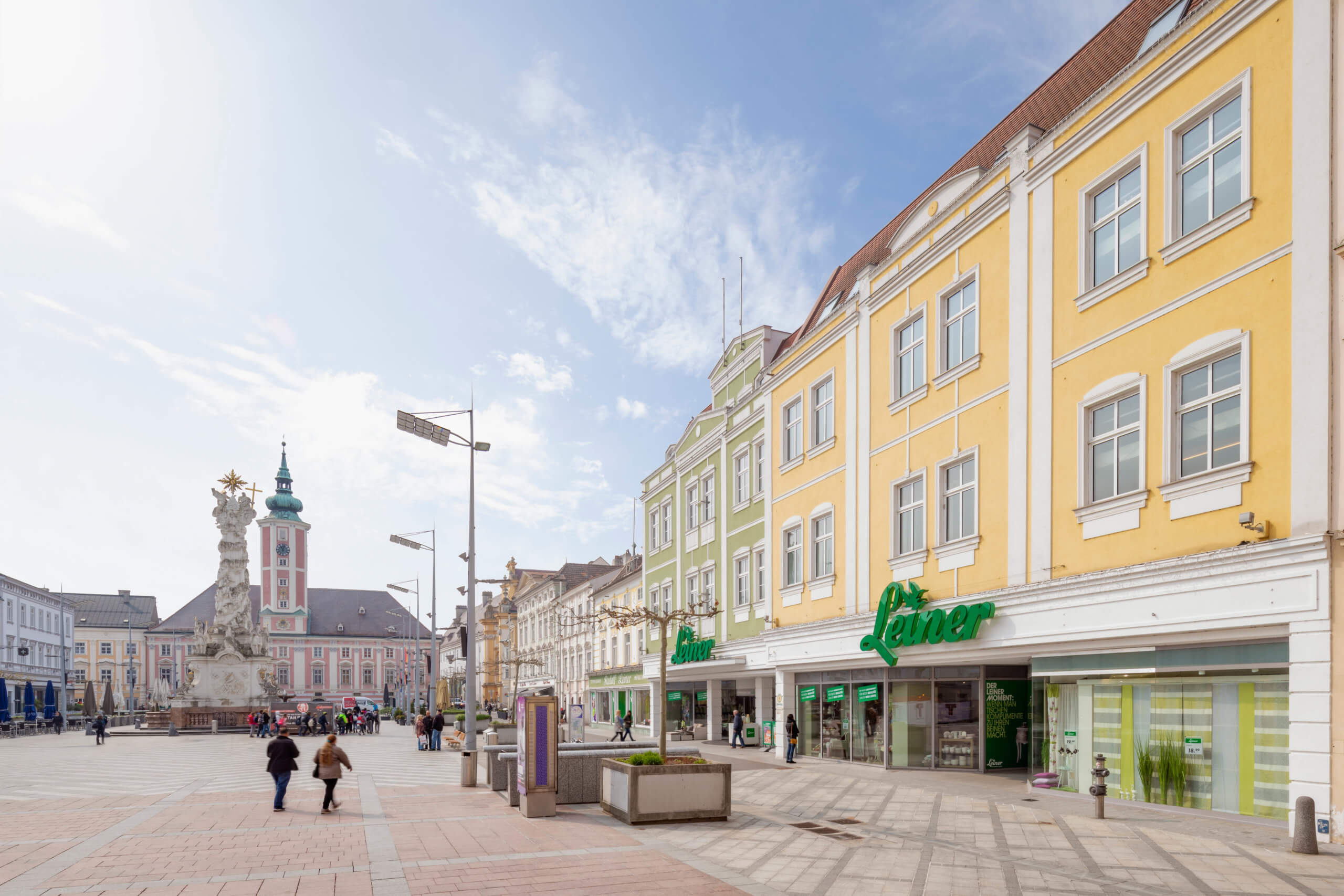 St. Pölten/Vienna, January 30, 2020 – The Leiner Haus in St. Pölten will continue to be one of the best addresses in the Lower Austrian regional capital. The currently outdated buildings at Rathausplatz 7-10 are either undergoing an extensive renovation or will be replaced completely by new buildings.

“This will provide fresh impulses for the further revitalisation of the city centre,” said Christoph Stadlhuber, SIGNA’s CEO. In concrete terms, the project development encompasses a site area of several thousand square metres in the city centre between the Rathausplatz via the Rossmarkt to the Julius-Raab-Promenade between Heitzlergasse and Heßstraße.

While the listed buildings along the Rathausplatz will be preserved, the plan is to demolish the buildings behind it. The sales area of the Leiner store, which currently amounts to 10,000 square meters, will be re-dimensioned. A completely new concept will be implemented. Until the re-opening of the original Leiner store, all employees will be offered continuous employment at kika or, if desired, in other store locations.

Condominiums, a hotel with conference centre and a parking garage are on the way

“We believe both in the future of city centres and brick-and-mortar retail,” says Christoph Stadlhuber. He puts it in concrete terms: “We need to think of these spaces in a new context and to interlace different utilisations with regard to their content so that they can benefit from each other. We generally see ourselves as partners of large cities and want to play our part in making the centres of major Austrian cities more attractive.”

Different variations of the project development are currently being worked out. After the adaptation of the zoning and development plan as well as the official approvals, the construction could begin as early as 2021.

The SIGNA Group, founded by entrepreneur René Benko in 1999, is a privately owned industrial holding company that is active in the real estate and retail sectors, among others. With real estate assets of 20 billion euro and an additional development volume of around 9 billion euro, the company is one of Europe’s most important real estate investors, with a portfolio of unique assets in premium locations. The SIGNA Real Estate Group is one of the largest real estate investors in prestigious European cities such as Berlin, Hamburg, Munich and Vienna, and it owns numerous landmark buildings in prime locations, such as the KaDeWe and the UPPER WEST Tower in Berlin, the Goldenes Quartier with the Park Hyatt Hotel in Vienna, the Alte Akademie in Munich and the Alsterhaus in Hamburg.

The SIGNA Retail Group unites the five independent trading platforms SIGNA Premium, SIGNA Department Store Group, SIGNA Home & Lifestyle, SIGNA Food & Restaurants as well as SIGNA Sports United, the leading European sports e-commerce platform, under one umbrella. With a turnover of over 7.5 billion euro (of which over 10% was generated online), around 45,000 employees in 320 locations in prime inner-city locations and over 100 online shops in 20 countries, SIGNA Retail is one of Europe’s leading trading platforms.