Offering a modern infrastructure for the workplace of tomorrow, Campus 3 forms the third component of AUSTRIA CAMPUS and comprises some 38,000 square metres of rental space +++ Among the renowned tenants of the project developed by SIGNA are Novartis, Sandoz, Dimension Data, CRIF and Geizhals +++ The latest transaction means that AUSTRIA CAMPUS is now fully commercialised 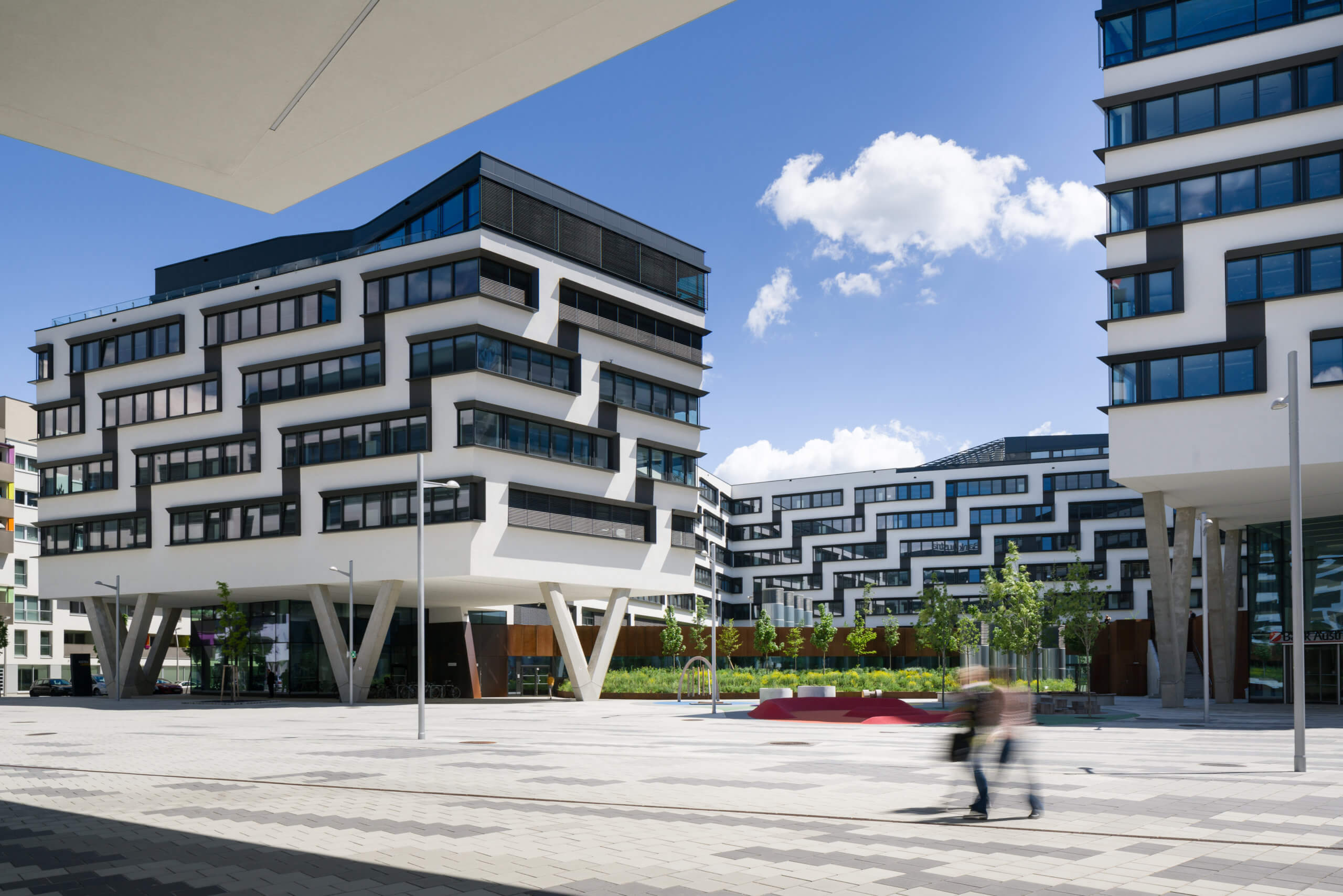 Zurich/Frankfurt/Vienna, xx November 2019 – Universal-Investment acquires the Campus 3 component of Vienna’s AUSTRIA CAMPUS office complex, which was completed in 2018, on behalf of a real estate fund of Bavarian Versorgungskammer. After the purchase of the second component in June 2019, it is now the second building on AUSTRIA CAMPUS to be acquired for a fund of Bavarian Versorgungskammer. Campus 3 has a rental area of some 38,000 square metres, which includes about 30,000 square metres of office space, and some 50 per cent of it is already let. Renowned tenants include Porsche Informatik, Novartis, Sandoz, Dimension Data, CRIF and Geizhals. SIGNA Prime Selection AG is the seller. This latest sale of Campus 3 means that AUSTRIA CAMPUS is now fully commercialised.

AUSTRIA CAMPUS is situated in a prime location in Vienna’s second municipal district (Praterstern), one of the city’s central traffic junctions, and its gross floor area of about 303,000 square metres makes it one of the biggest office complex developments in Europe. Completed by SIGNA Prime Selection AG at the end of 2018, AUSTRIA CAMPUS scores well for its outstanding location and proximity to Vienna’s city centre, but also for its comprehensive infrastructure, numerous local shopping facilities, a kindergarten, a health and conference centre, a wide array of restaurants and cafés, as well as a large staff restaurant on site.

Founded by Austrian entrepreneur René Benko in 1999, the SIGNA Group is a privately owned investment company focusing on the real estate, retail and media sector. The Group is one of Europe’s leading real estate investors with a portfolio of unique assets in prime locations.

A development pipeline of EUR 9 billion at ten offices in Austria, Germany, Italy, Switzerland and Luxembourg make the SIGNA Group a leading real estate developer. It is one of the predominant investors in the attractive property markets of German-speaking cities. Working closely with the various municipalities, SIGNA Real Estate focuses on sustainable urban development, forward-looking utilisation concepts and architectural distinctiveness. In early 2019, the SIGNA Group decided to expand its real estate activities to the US market and acquired the famous Chrysler Building in New York.

Bayerische Versorgungskammer is Germany’s biggest public pension group and the competence and service centre for professional and municipal pension schemes. It oversees the business of 12 legally independent professional and municipal pension institutions with a total of just under 2.3 million people insured and pension beneficiaries, about EUR 4.8 billion in annual revenue from contributions and surcharges and about EUR 3.4 billion in annuity payments. It currently manages a capital investment volume of about EUR 77 billion (book value) for all the institutions combined. Bayerische Versorgungskammer employs more than 1,300 people and has been a signatory to the Charta der Vielfalt [German diversity charter] since 2010, to the UN Principles for Responsible Investment (PRI) since 2011, and to the Memorandum für Frauen in Führung [German memorandum for women in leadership] since February 2017.

Some EUR 471 billion in assets under management, including EUR 380 billion in own vehicles and roughly EUR 91 billion in additional services such as insourcing, well over 1,400 public and special fund mandates and some 700 employees make Universal-Investment the biggest independent investment company in the German-speaking area. The investment company is a central platform for independent asset management, combining the investment expertise of wealth managers, private banks, asset managers and investment boutiques. In addition, the acquisition of UI labs at the beginning of 2019 sees the industry-leading IT data specialist complement the service portfolio with front office and data solutions. Founded in 1968, the Frankfurt am Main-based Universal-Investment Group has subsidiaries, branches and holdings in Luxembourg, Poland and Austria, is one of the pioneers of the investment industry and is today market leader in the areas of master funds (Master-KVG) and private label funds. According to the current PwC 2019 ManCo Survey, Universal-Investment is the biggest Alternative Investment Fund Manager in Luxembourg and ranks first among third-party ManCos. (As at 31 August 2019).