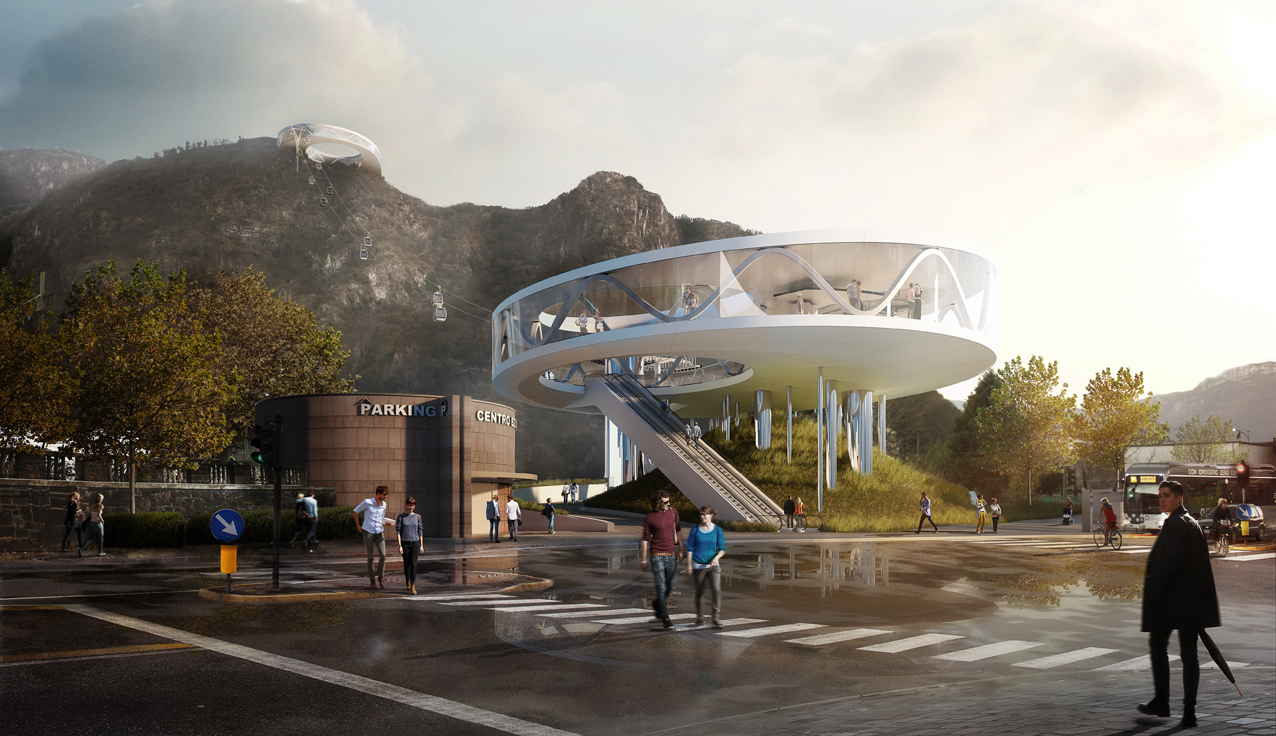 Bolzano – March 18, 2019: With 100 out of a possible 100 points, the Ötzi museum project on Bolzano’s Virgl hill was the clear winner of a provincial government competition for the redesign of a museum complex. “We are delighted that the provincial government committee came to this decision and recognised the value of our project,” explained Heinz Peter Hager.  Following the technical evaluation, the applicants’ financial bids have now also been assessed, with SIGNA’s proposal again receiving the highest rating.

The South Tyrol Museum of Archaeology, where Ötzi is on display, is bursting at the seams, and the province has been examining options for its extension for some time. After negotiations with a property owner broke down last year due to differences of opinion on pricing, the provincial government decided to issue a call for tenders. Prospective bidders had until 10 October 2018 to put forward their proposals. Various criteria had to be considered, including the spaces devoted to the Ötzi, archaeological and city museum, as well as the location and mobility solutions.

“We put a lot of effort into developing a really attractive project that is tailor-made for Bolzano and South Tyrol, and at the same time reflects Ötzi’s standing as a global archaeological sensation,” Hager commented. SIGNA commissioned internationally acclaimed architecture collective Snøhetta for the project – Snøhetta had already won plaudits for a proposed cable car and will now integrate the museum complex into the Virgl’s summit station. The development’s strong points are its unique, world-class architectural design, as well as its outstanding mobility solution: all of the city’s main public transport nodes (bus and railway station) are close to the Virgl hill’s valley station, and there are also over 2,000 parking spaces nearby.

When the financial bids were opened on Monday, the province’s expert committee had already awarded the Ötzi museum on the Virgl the maximum 70 points following its assessment of the related technical bid. The financial bid also received maximum points.

As Heinz Peter Hager pointed out: “We’re very proud of this outstanding project, which is also highly competitive from a financial standpoint. Next, we will put together a public-private-partnership model that will help to keep the costs for the public sector under control.”

Three applicants took part in the tender process. One applicants was excluded on account of serious formal errors, while the other bidder was awarded significantly fewer points in the evaluation of both the technical and the financial bids.

The company is one of Europe’s leading real estate investors with a portfolio of unique assets in prime locations valued at over EUR 14 bn., and a further EUR 9 bn. in assets under development. SIGNA Real Estate employs around 350 employees at 10 offices in Austria, Germany, Italy and Switzerland. SIGNA holds market-leading positions in the highly attractive property markets of Vienna, Berlin, Munich, Frankfurt, Hamburg, Dusseldorf, Cologne, Innsbruck and Bolzano.

In Austria and Italy, the Group runs three luxury hotels. In its retail segment, SIGNA owns market-leading businesses in offline and online across Europe.