Built in 1910 in the Wilhelminian style, the BEAM (formerly known as Schicklerhaus) is an office complex in the particularly lively location of Berlin Mitte, a district that is undergoing interesting gentrification. With its total lettable area of approx. 17,000 m², it is one of the most attractive investment properties in Berlin.

Built in 1910 in the Wilhelmine style and formerly known as the Schicklerhaus, the BEAM is situated in and enhances an extremely dynamic location in Berlin Mitte. It is one of Berlin’s most sought after investment properties and the total rental area currently amounts to some 17,000 m².

SIGNA will completely revitalise the office building. An extensive conversion, upgrade and renovation of the building is being planned. The historic identity of the building complex is to be enhanced with a contemporary addition to its appearance. The expansion and addition of new floors will also create more usable space. 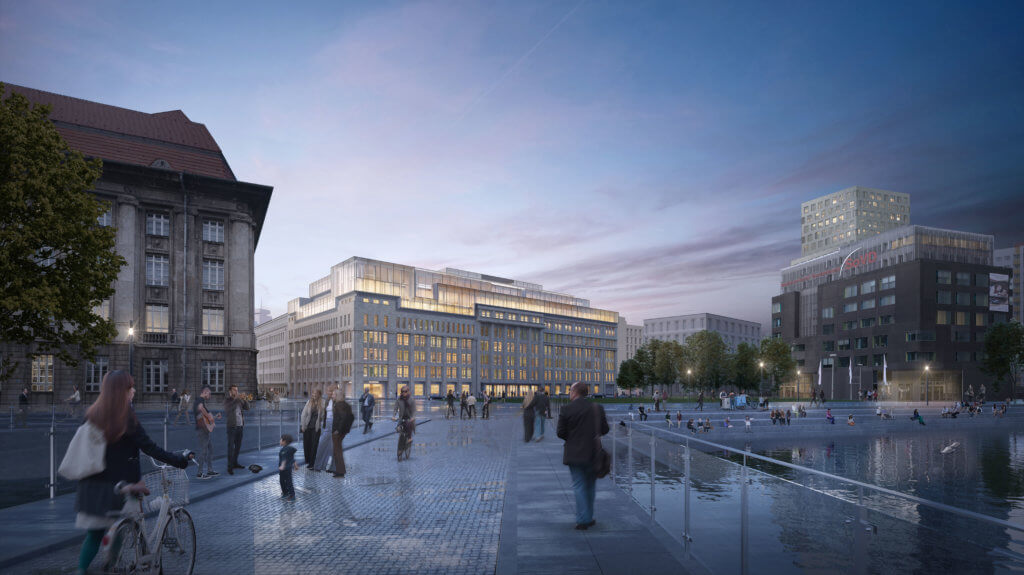 SIGNA plans to dismantle the building from the ceiling of the 4th floor, part of the façade on the 2nd and 3rd floor, as well as the parapets on the ground floor. After the complete gutting of all floors, three new floors will be added on top of the 4th floor, including the top floors, in a style that fits in with the existing architecture. The natural stone façade on the ground, 2nd and 3rd floors will be renewed and reference the original façade, which was destroyed in the Second World War.

The ground floor will be used for co-working facilities, dining and small-format retail shops in order to create a connection between the interior and the public space. The floors above are intended for use as office space, as before. After the conversion, expansion and renovation measures, the property will feature some 23,000 m² total rental space, which will be divided into about 21,000 m² of office space and 2,000 m² of ancillary space.

The BEAM has an excellent connection to public transport. The Jannowitzbrücke S+U-Bahn station is just a few steps away from the building entrance. The Klosterstraße U-Bahn station is in the immediate vicinity, thus putting Berlin’s city centre within easy reach, just a few minutes away. Alexanderplatz, which has been one of Berlin’s traffic hubs for decades, can be reached on foot and has a perfect connection to regional public transport.