A connected, future-ready, liveable urban core – that’s the vision for the city of Wolfsburg’s Nordkopf district. The development project is now picking up speed. The plans for the inner city areas to the south and the west of the Wolfsburg train station will be designed by the SIGNA Group, which has been signed as an investor and a project developer for the entire area. The Austrian SIGNA Group and Wolfsburg AG are concluding a project development agreement for this purpose. The next step for the project partners will be to develop an overall concept to be put to the Wolfsburg City Council and all other involved parties for approval.

Plans for Wolfsburg’s Nordkopf district follow a clear vision for a city of the future. The new urban district will integrate office and residential spaces, leisure amenities, retail shops, hotels and restaurants as well as mobility and digital solutions. 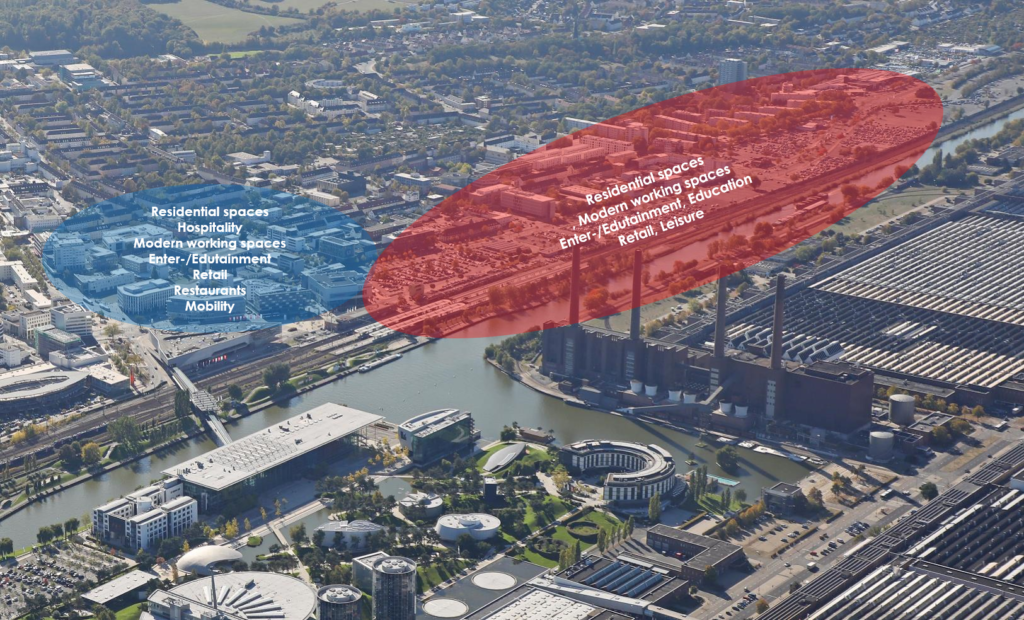 The SIGNA Group demonstrated in the project negotiations that it is the right partner to develop the concept in all of its various aspects, ranging from office space and leisure amenities all the way to mobility planning. The plans are being drafted in accordance with the overall strategy put forward in the #WolfsburgDigital initiative, which focuses on innovative urban planning and sustainable living and includes the master planning for the Nordhof axis in addition to developing the Nordkopf district.

The city of Wolfsburg, which has evolved quite successfully in recent years, will get a major boost from the Nordkopf district project. The project area encompasses the train station in the north of the city, the former Hertie department store area in the south and the adjacent areas to the west. The idea is to create new anchor points to complement Wolfsburg’s existing draws, such as the phaeno science centre and the city’s designer outlets, in the form of office and residential spaces, retail shops, leisure and gastronomy offers and overnight accommodations as well as new ways of working and mobile and digital solutions.