Engagement in a multitude of projects and associations

Be it the AIDS Charity Gala, the Tiroler Kinderschutzverein, the “Sag Nein zu Krank und Arm” (“Say No to Sick and Poor”) association, the cultural sponsorship of the Kunstforum (art forum), the support of the “Star Charity Gala” event, whose net proceeds benefit projects in the “Education Africa” NGO, the “Nachbarinnen in Wien” (“Women Neighbours in Vienna”) project by Christine Scholten, an association that supports families from a migration background during their integration, the Münchner Kindl-Heim (a children’s home), the “Wider die Gewalt” (“Against Violence”) gala event, the Tiroler Kinderkrebshilfe (Tyrol’s children’s cancer charity), the Tiroler Wassersportverein Innsbruck (Tyrol’s water sports association in Innsbruck), the Germany-wide Karstadt initiative “Mama ist die Beste” (“Mom is best”), the support of the renovation and modernisation of the Wiener Secession, one of Austria’s most important cultural assets and Jugendstil works – SIGNA is engaged in all of these as well as other projects and associations. 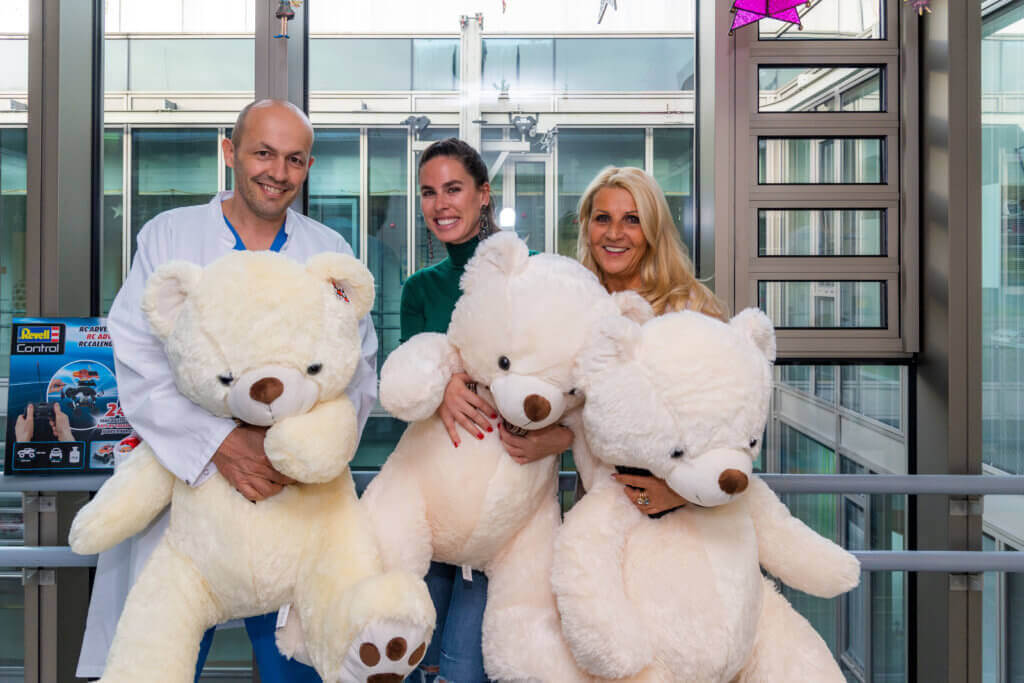 A new Jewish education campus for 500 children will be built in Berlin-Wilmersdorf, to be completed by the end of 2020. This large campus, comprising an area of 7,000 m², is planned to include a daycare centre, a primary school, a secondary school, a gym, a library, a youth club and a festival hall. Among other things, the project has been financed with funds from the federal government, the regional government, foundations and private sponsors, including SIGNA.

Cheque presentation during the Karstadt fundraising event “Mom’s the best”.

In the Sonnwendviertel quarter around Vienna’s main train station, the “CAPE 10 – House of the Future and Social Innovation” represents a modern social, health and innovation centre for socially and physically disadvantaged people, in particular children and adolescents. With health and social services that are affordable for anyone and the integration of cultural and educational institutions, this project is being created to strengthen the coexistence of all social layers and the community. SIGNA is one of the essential supporters of this project.

With an annual donation amount for sports, arts and social projects of about a million Euro, SIGNA shows great social responsibility. A regular event in SIGNA’s social engagement agenda started in January of this year with the sponsorship of the Kitz Charity Trophy on the occasion of the legendary Hahnenkamm weekend. Year after year, notable and engaged participant gather at the finishing slope of the “Streif” in an athletic competition against each other. Once again, farmers’ families in Tyrol in need were supported with a large donation amount.

Initiator of CAPE 10 – House of the Future and Social Innovation

What does CAPE 10 stand for, and what is the idea behind this project?

Meryn: “We are building CAPE 10, the house of the future and social innovation, in the Sonnwendviertel quarter, directly adjacent to Vienna’s main train station, the exceptional SIGNA projects PARKAPARTMENTS AM BELVEDERE & Andaz Vienna Am Belvedere as well as BEL & MAIN Vienna and in the immediate vicinity of Schloss Belvedere. ’10’ stands for Vienna’s 10th district, and ‘CAPE’ stands for “Cape of Good Hope”. And that’s our message: we want to be local and offer a space for hope and encounters. We’re open for anyone, the poor, the rich, the young, the old, the healthy, the sick. It’s about re-learning to open up to each other, so that we can learn to get along with each other again. Because I believe that in a world where everything is being particularised, we need old-fashioned things like a little solidarity.”

What does CAPE 10 offer?

Meryn: “The multi-storey building with a floor space of about 5,000 m2 will be home to social and healthcare institutions, a health centre in collaboration with the Vinzenz Group, a Max & Lara competence centre for adolescents and families, a day centre for homeless women operated by Obdach Wien, a low-threshold medical-social outpatient department for homeless women, mothers and their children as well as a Digital Health Cluster. Restaurants and event and interaction areas act as multi-functional ‘rooms for possibilities’ whose purpose can only be fully realised by its visitors and users in the context of their own needs.”

Meryn: “Even in Austria, the rifts in society keep growing. Over 1.2 million people (14.4 %) are at acute risk of falling below the poverty line. More than 400,000 of them are children. Their state of health is three times worse than children from a more prosperous background, and so they are sick twice as often, resulting in their life expectancy being one to ten years shorter.”

What makes the CAPE 10 building so special?

Meryn: “The transparent, open design building designed by the architect Prof. W. Prix of Coop Himmelb(l)au is a social integration house which among other things offers a place of refuge for all kinds of marginalised groups. Its construction costs are in line with those usually expected for social housing in Vienna. Together with the art concept by Erwin Wurm, it is intended to be a social beacon and a distinctive symbol of the city.”

How is a project of such a dimension financed?

Meryn: “We tackled this project – and this is unique in Austria – without any use of public funding. CAPE 10 is a project financed by civilians and the Austrian economy. It is supported by partner companies and private investors like René and Nathalie Benko. Only this makes it possible to realise a project of such a dimension.”

Prof. Siegfried Meryn is the Chairman of the ‘Institute Special Facility for Medical Education and Training’ of the Medical University of Vienna, medical specialist and professor for internal medicine. He received his education at the Medical University of Vienna, King’s College and Hammersmith Hospital in London as well as the Albert Einstein College of Medicine and Veterans Administrative Hospital in New York. Prof. Meryn is a member of numerous national and international professional associations and author of over 200 scientific publications in specialist journals and textbooks as well as bestsellers. 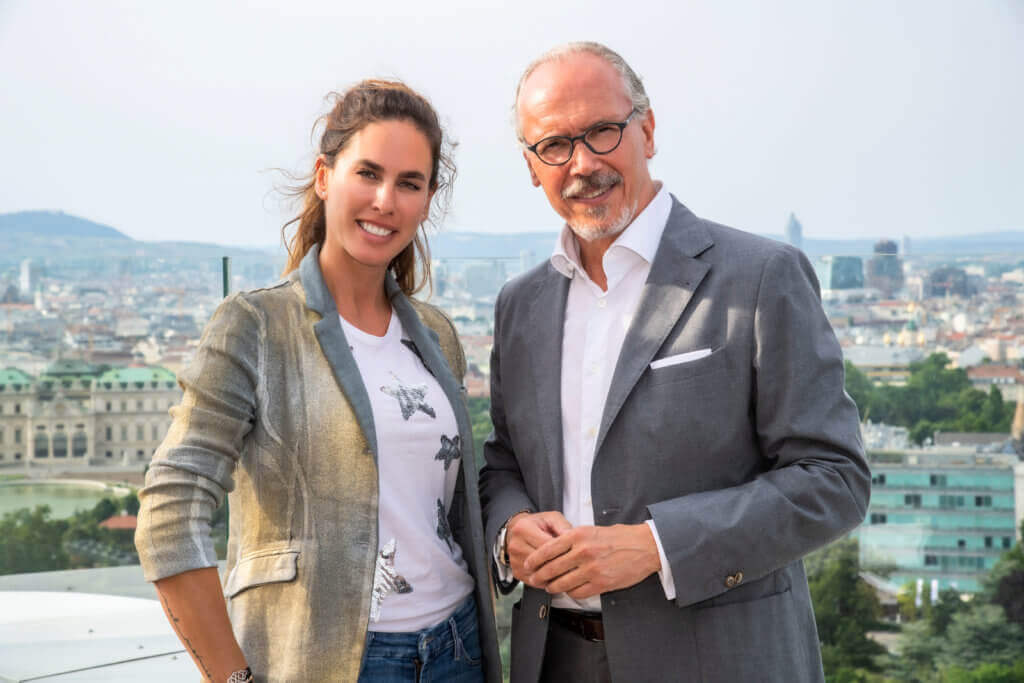