SIGNA celebrates the laying of the foundation stone

Along with Senate Director of Urban Development Regula Lüscher and Permanent Secretary Barbro Dreher, SIGNA celebrated the laying of the foundation stone for the STREAM high-rise office building at the Mercedes-Benz Arena on 10 September 2019. “The STREAM will be one of the highlights of the Mediaspree with a modern, striking architectural design,” said Timo Herzberg, member of SIGNA’s Executive Board. “In Zalando, we have found an attractive tenant early on – one that has not only made a long-term commitment to the property, but also to the Mediaspree in Berlin’s Friedrichshain district.”

The Mediaspree is one of Berlin’s most desired office locations in the technology, media, and telecommunications sector; Mercedes-Benz, Coca-Cola, Universal Music and Zalando are just some of its renowned tenants. “The Mediaspree is an example of the positive economic development Berlin has enjoyed in recent years,” said Berlin Senator for Economics, Energy and Public Enterprises Ramona Pop. “Zalando’s track record reflects Berlin’s strengths of innovation, creativity and openness. It also drives growth in our city. The additional space in the STREAM offers the perfect conditions for continued positive development going forward.”

In 2017, SIGNA acquired one of the last undeveloped plots at the Mediaspree in Berlin’s Friedrichshain district and is constructing a 90-metre-high modern office building there with a gross floor area of some 50,000 m². The building was designed by the Gewers Pudewill architectural office on a site at the corner of Tamara-Danz-Straße and Wanda-Kallenbach-Straße and will provide room for some 2,500 workplaces once completed.

“The STREAM Tower will be a high-rise building of notable architectural quality. In particular, the location’s challenge is a balanced integration with the neighbouring districts of Friedrichshain and Kreuzberg, e.g. through using the ground floor areas for dining and the like. I am pleased that the investors are open to the integration of other public facilities,” explained Regula Lüscher.

As an urban sculpture, the STREAM Tower aligns its edges with surrounding buildings, seamlessly integrating with the urban fabric. Emerging from the base horizontally and then vertically over 24 storeys, the structure portrays different levels, projections and recesses, thus evolving into a vibrant figure. Large glazed areas in the north and south allow spectacular views of the city.

The ground floor comprises a spacious lobby with an extensive reception and public dining areas. The planned office spaces can be used flexibly, offering room for generous working landscapes or the strict division of workstations. In each case, two storeys connect to each other via internal open staircases, thus enabling a flowing continuum of space. Patios can be found in the west and south-west of each office level. 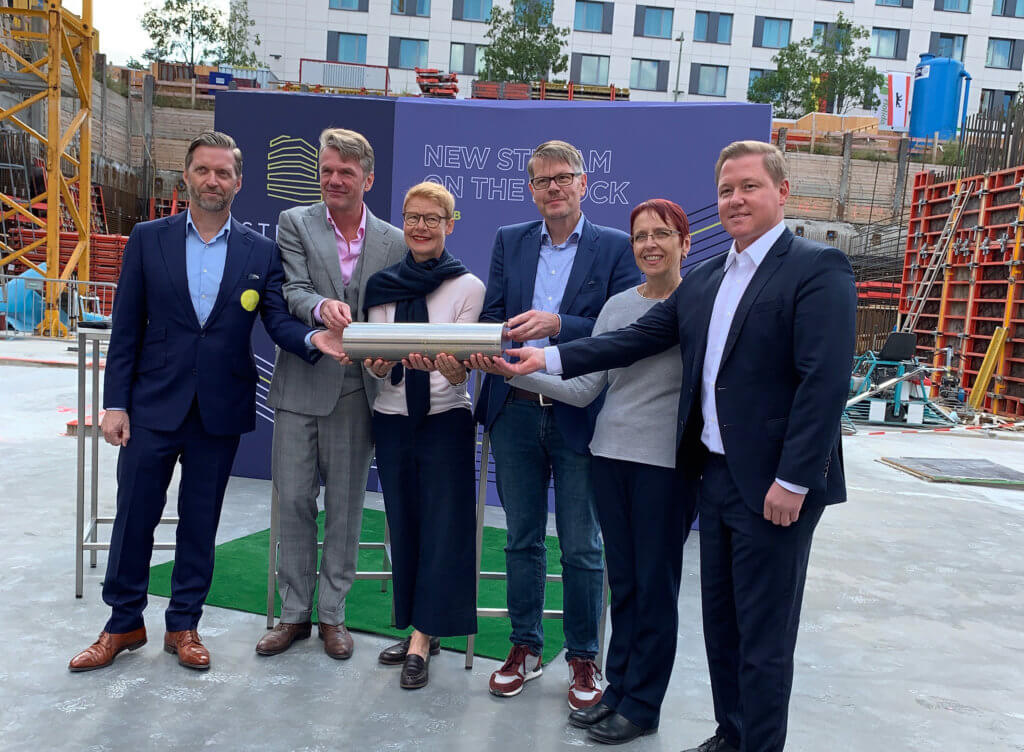 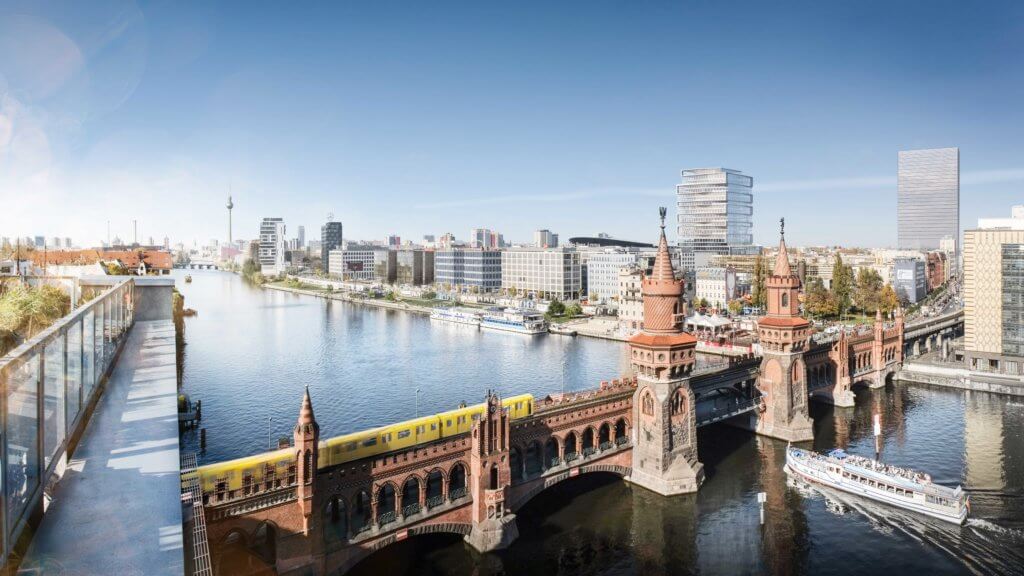